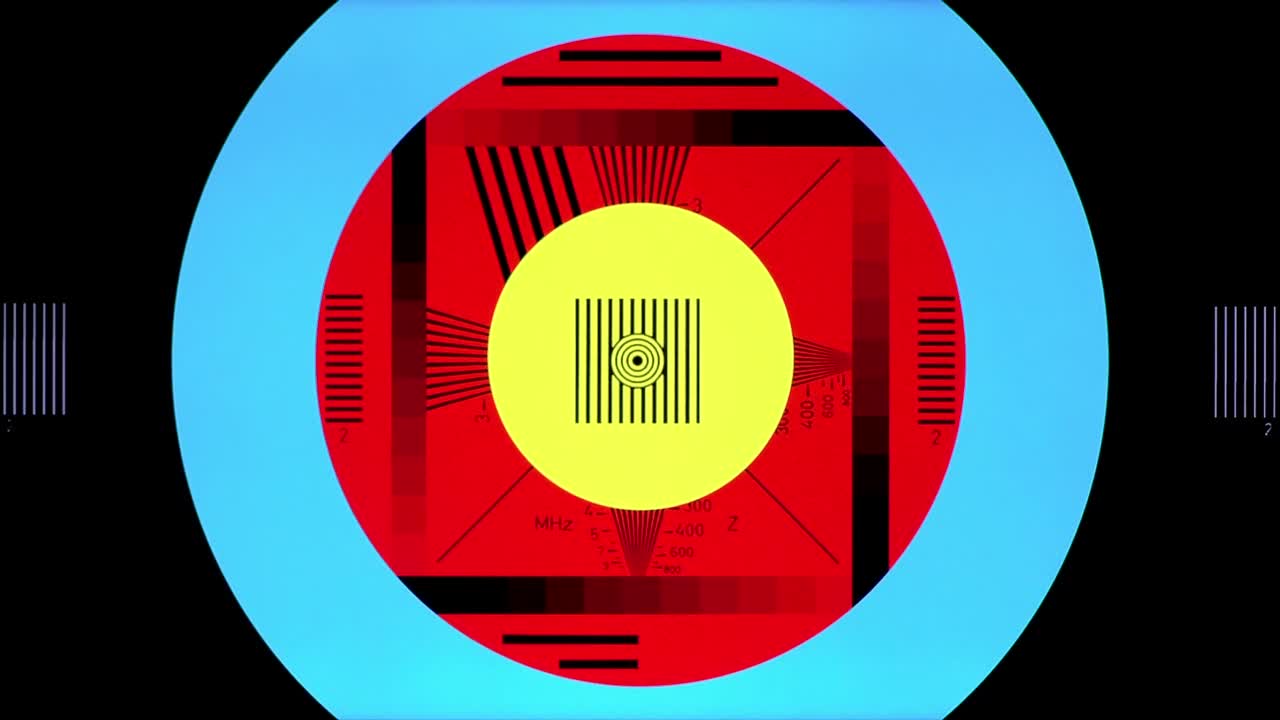 Timo Ullmann’s 2019 work «Screenshot», the first in a series of twelve videos created for Elementum, is a 12-minute video loop, which presents the viewer with a screen shot by an arrow. The video begins with a black, empty space, before the artist can be seen installing a screen showing a customised archery target. After being still for a minute, the sound of a bow being pulled precedes an arrow hitting the screen. The shot fractures the centre, physically cracking the glass and revealing the white light behind. Dead pixels, bleeding liquid crystals and a series of coloured lines blend together with the virtual target. The archaic act of shooting an arrow breaks the mesmerizing membrane, which is at the same time separating and connecting the virtual and physical, as well as the viewers and the artworks dimension. In the end of the video, the damaged flatscreen is removed from the wall by the artist, and in an infinite loop the procedure starts again.

Swiss artist Timo Ullmann (b. 1987) creates interfaces and interferences between virtual and physical spaces. For Elementum he is developing «The Screen Series». The sequels address the platform as a dynamic, virtual and experimental space for a growing exposition. Playing with basic features, ha...